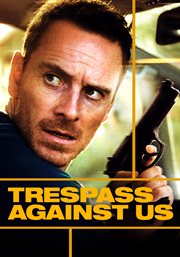 A young dad (Fassbender,) son of the leader (Brendan Gleeson) of a rowdy clan of criminals, is looking for a way to keep his children in school, to be educated - able to read and write. An engaging lowbrow comedy drama, thanks to the pair of leading actors. Turn on the subtitles and ready to pause and look up the meaning of the numerous Romany Gypsy words.

With Fassbender and Gleeson it should be worth a look, right? That was my thinking when I picked this up. Boy, was I wrong! Just an awful script touting the 'redeeming family values' among louts, yobs and assorted deplorables whom we are supposed to find interesting because they are proud of their way of life. To be avoided.

Terrible movie. Not worth watching this.

An interesting made for Television movie. Gives you an insight to the gypsy way of life. But fails to flesh it out.
Not bad..but not great.

The Gloucestershire patois is so thick -- thick as the caravan-living thieves depicted in the movie -- that it is hard to figure out what is being said half the time. But the acting -- Brendan Gleeson, Michael Fassbender, Lyndsey Marshal (who played Cleopatra in ROME), Rory Kinnear (who played the Frankenstein monster in PENNY DREADFUL) -- is superb, the car-chase scenes fantastic, and the score, composed by Tom Rowlands of The Chemical Brothers, is excellent. This film is worth watching. One of the things that it manages to do is convince the viewer of the importance of school education, something I think that we have collectively forgotten or choose to dismiss.

You just listen to me, me boy, and listen good. No one is about to tell me
I come from the arse of an ape. Or that your granddaddy were a goldfish. Really. What a load of bollocks. You really think God made us from a fish?
-Teacher said.
Well, they're fannies, then. Great big fannies. Don't you listen to 'em, Ty.
Don't listen to 'em. From fishes. Yeah, well, maybe her ancestors. Not mine, not yours. I thought school was supposed to teach you common senses. I don't like it there. Fucking waste of time, if you ask me. They're trying to control your mind. That's why I never did send Chad to school. You've gotta stand up against these cxnts, Tyson. So they don't trespass
against us.
===
Well, Chad, my friend, my little friend, a lord lieutenant... is the one up there who swears in all the judges. Do you know what that means, Chad? Mm? Do you?
===
Everyone does a bit of time, you know, sooner or later. Can be God's medicine, prison can be, Tyson.

I tell you, that school's been rokkering him some right wrongs.
===
Jesus died on the cross because of people like you. Well, I ain't letting it happen again. Just 'cause one of His Majesty the Queen's little chavvies wants to make me and my family into the escape goats. That's what it feels like. I feel like some stupid... some sac... no, sacrificial goat, that's it. I feel like a sacrificial goat. Well, let me tell you, them goats can kick, and bite, and scream, and scratch, and poke your eyes out too, and they can start fires. The horns are sharper than yours. Them goats can turn into super-goats. And you can lock them super-goats up, but what I have heard is this. Hell hath no fury like a locked-up super-goat.

You could have killed Tyson, you dumb gummidgey fxck! He's gotta go, Col. I don't care if he's a jubby dinlo. He's a fucking liability.
===
Don't be a fanny, Chad.
-There's nothing fanny about it.
===
Blessed are the cracked, Chad. Karl Marx said that.
===
My dad once told me the world were flat. "From where I'm looking, son,"
he said, "from where I'm looking, the world is flat." I believed him. I still do.
===
I've stood up top the highest hill, climbed up the highest tree, looked as far as my eyeballs'll stretch. You know what, Tyson? It was still flat. Flat, flat.
-What about the moon, then? How do you explain that?
I never did care for anything any gorgie did say, nor His Majesty the Queen, nor the army. What my dad said were the truth and I'd fight any fucker who says else.
===
No idea the troubles I've had putting all this together. And here you are, my eldest, acting like the prize div.
===
Could've at least chored a decent car.
- First car I ever chored was a 6R4.